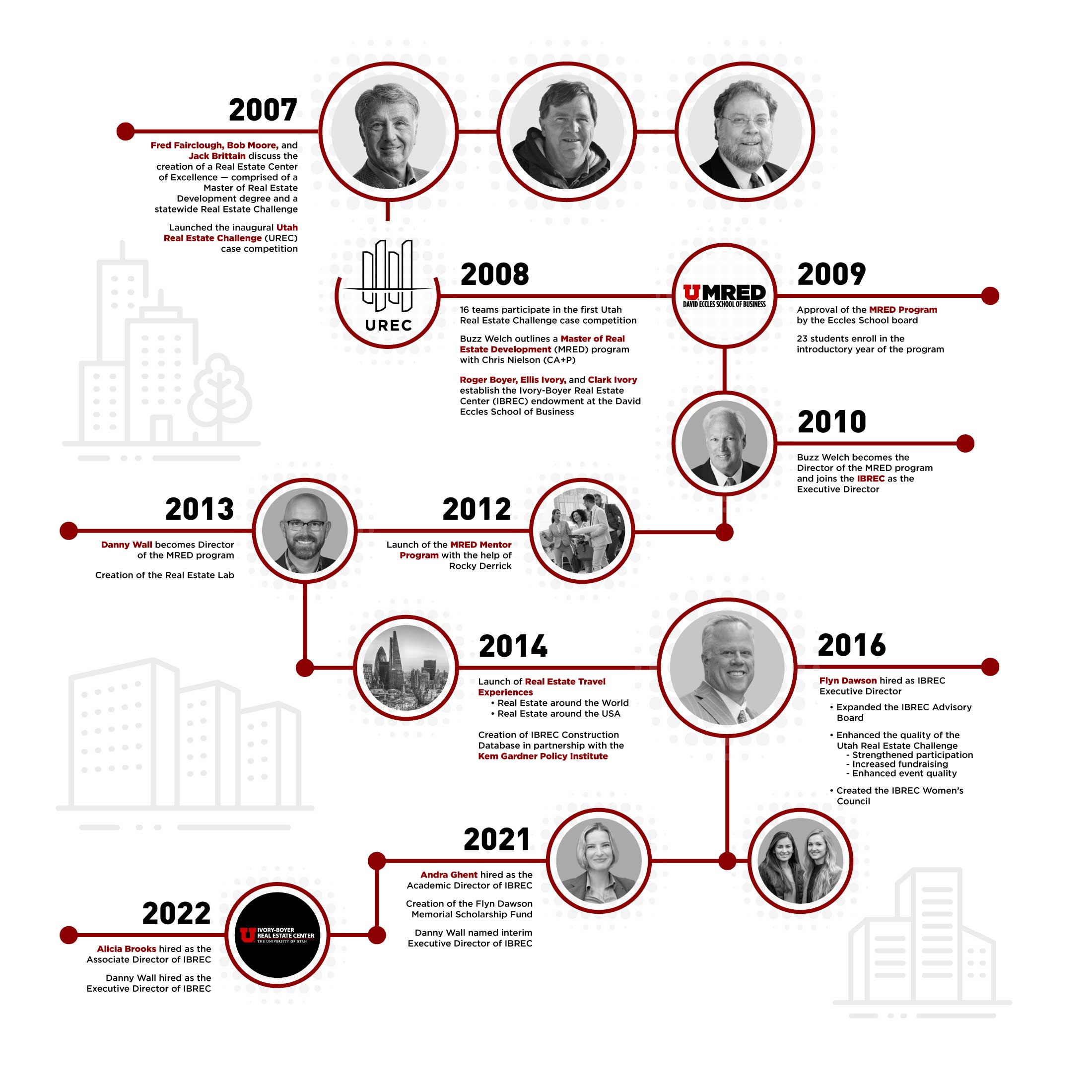 In 2006, Jack Brittain, then dean of the David Eccles School of Business, approached Utah businessman Fred Fairclough (BS’71) with an idea — an idea to create a center within the Eccles School dedicated to education in the field of real estate development. This had been a long-percolating thought for Dean Brittain, and he knew Fairclough would be the perfect person to bring the dream to fruition. In turn, Fairclough, who was a little surprised but greatly inspired, contacted close friend and business partner, Bob Moore, to discuss the project and solicit his help. Moore was immediately onboard and began work with Brittain and Fairclough to formulate the program curriculum and structure for what would become the Master of Real Estate Development program. Then, in May of 2007, the three collaborators met for a meal at one of Salt Lake City’s mainstay restaurants —The Other Place — to brainstorm about an all-encompassing and holistic way to educate students and give them the experience they would need to be successful in the real estate business. By the time the baklava arrived, the founders had outlined a plan for what is now the Ivory-Boyer Real Estate Center (IBREC), the Master of Real Estate program (MRED), and the Utah Real Estate Challenge (UREC).

Concurrent with the further development of the Center, Dean Brittain volunteered George W. “Buzz” Welch to teach, as an adjunct professor, the Eccles School’s first real estate finance course. As then senior vice president and regional manager at J.P. Morgan, Welch felt that the need for quality real estate education was so critical that he took on the teaching role while still working full-time. To provide his students with a well-rounded education, he lectured on banking but also invited many guest lecturers to speak on a variety of other topics related to real estate and real estate finance.

In researching real estate degree programs at other institutions, the founders discovered that most programs lacked a real-world experience component, something that they knew was just as important as in-class learning. With this in mind, they prioritized experiential learning as part of the Eccles Experience and brought additional value from cross-department collaboration and the addition of an evening program that would cater to working professionals. 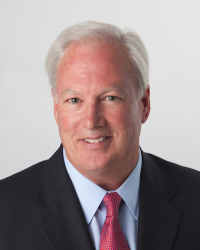 “Now, more than ever, it’s important to educate a new generation of developers to help prevent another crash from happening. This program will provide the necessary skills to our students to become sophisticated real estate professionals.”          – Buzz Welch 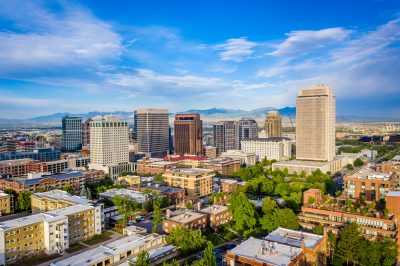 In 2008, the real estate industry suffered its biggest upheaval and setback since the Great Depression. Values plummeted, and many residential and commercial property owners were left upside down. Though the resulting industry turmoil was heartbreaking, it was also an opportunity to innovate and re-establish best practices. The founders were committed to facing the challenges and to instilling in a new generation of real estate professional the knowledge necessary to repair and improve the industry. It was no coincidence that during this tumultuous time, the Eccles School would rise to be recognized as a premier institution for providing classroom and hands-on education in real estate.

Also in 2008, Welch was joined by Chris Nielson, professor of city and metropolitan planning, and they worked together to continue to flesh out the program’s curriculum. Despite the recession, Fairclough and Moore secured funding from Utah real estate leaders Clark Ivory and Roger Boyer to support and develop what would become the Ivory-Boyer Real Estate Center (IBREC). To this day, Fred, Bob, Roger, and Clark are all actively involved with IBREC and MRED.

In 2009, the MRED program received official approval, and the first cohort included 23 students.

Before either the MRED program or IBREC were fully formed, the Utah Real Estate Challenge (UREC) was created. Fairclough and Moore began promoting the UREC case competition in 2007 and secured 18 sponsors and had 16 teams register the first year, with nearly all Utah colleges and universities represented. The first UREC case competition was judged in 2008, establishing the importance of real-word experience in creating a new wave of formidable developers and well-educated real estate professionals. After more than a decade, UREC remains the premier real estate case competition in the region. 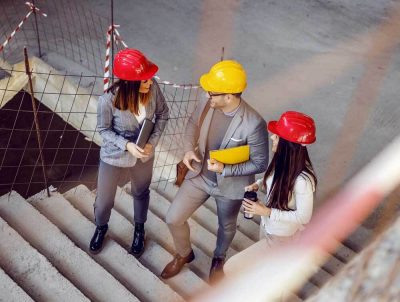 Building on a Legacy

Since its inception, both IBREC and the MRED program have continued to evolve under impressive leadership. In 2013, Danny Wall was hired to direct the MRED program, and he expanded its offerings with mentorship programs, discussion labs, travel experiences, student-led consulting engagements, and continued refinement of the curriculum. In 2016, Flyn Dawson was hired as executive director and led the further evolution of IBREC. Under his leadership, fundraising more than doubled, UREC grew and attracted higher-quality participants, and he expanded the IBREC advisory board to better reflect the real-world diversity and inclusivity in the real estate industry. Dawson also created the IBREC Women’s Council, a group dedicated to creating leadership opportunities for women in Utah’s real estate community.

In 2021, the untimely passing of Dawson lead to the creation of The Flyn Dawson Memorial Scholarship Fund. And although Dawson’s dedication, passion, vision, and friendship will be sorely missed, he left IBREC well-positioned for continued growth and success. One of Dawson’s major accomplishments was to hire Dr. Andra Ghent, a nationally recognized academic real estate economist. Ghent joined IBREC in 2021 as academic director. She leads the Center’s research initiatives and provides strategic thought leadership. Shortly thereafter, Danny Wall was named interim executive director of IBREC. 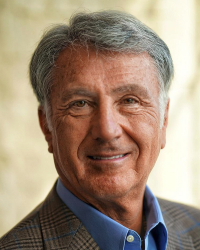 Brittain, Fairclough, and Moore remain deeply involved and have great pride in the MRED program, IBREC, and UREC. From the high-quality faculty to the strong curriculum to the value of experiential learning, they have seen their investment of time and energy pay off in myriad ways. Both Fairclough and Moore are especially pleased with the impact IBREC has had on the industry at large and the Utah community.

Fairclough often cites “serendipity” when discussing IBREC and its programs. He feels it was fortuitous timing and happenstance that the right people got together at the right time to lend their expertise and invest in this new venture. While there is certainly some validity to that idea, the program has always been and continues to be such a success due to hard work and the foresight of its founders.

About the Founders
Meet the Advisory Board
Contact Us