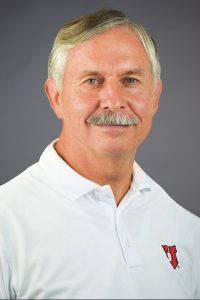 Dr. Stephen L. Walston has worked both as a professor and healthcare administrator. Previously he served as the Vice President for Academic Affairs at the University of Utah Asia Campus (UAC) located at the Incheon Global Campus in Songdo, Korea.

He is a former Associate Dean for Academic Affairs at the University of Oklahoma’s College of Public Health, a MHA program director at Indiana University and faculty member at Cornell University in Ithaca, NewYork. He beforehand served as an executive for fourteen years in hospitals in the Western United States. During this time, he was a chief executive officer for ten years. He became a fellow in the American College of Healthcare Executives in 1993.

Dr. Walston has been active internationally and has worked in many Middle Eastern and Central American countries helping organizations to improve their strategic direction and leadership capabilities. He served on the Saudi Arabian Ministry of Health’s International Advisory Board for five years. He has published in many different highly prestigious journals in the United States and Europe, along with three books. In his free time he enjoys wood working, beekeeping, reading, bicycling, gardening, and helping his six children and six grandchildren.