The Elevate U: Women’s Symposium combines interactive speeches by top faculty, a powerful keynote address from Katharine Garff, and thoughtful panel discussions. Don’t miss this incredible opportunity to energize your career and learn from inspirational women who are making a difference and shaping Utah’s business landscape.

Anyone who is interested in furthering women’s leadership and fostering a more growth for women in the workplace.

Group ticket packages available for sponsors. Please email ExecEd@Utah.edu if you are interested in being a sponsor. 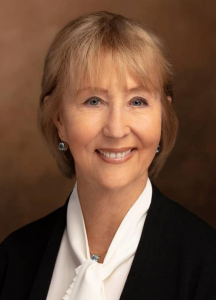 Katharine Garff is the chair of Garff Enterprises, filling the position long held by her late husband, Robert Garff. She has been a board member for many years and is committed to leading the company to further growth and continued community service.

In addition to her position as chair of Garff Enterprises, she is also a director of the Robert H. and Katharine B. Garff Foundation and board member of the Utah College of Applied Technology. Previously, she served as chair of the Utah State Board of Education, and as a board member for both the Utah Board of Regents and Utah Schools for the Deaf and the Blind.

Kathi is passionate about education and has dedicated many years to helping students across the state. Because of this passion, she and Bob founded the Ken Garff Road to Success and Ken Garff Keys to Success programs, which help Utah students succeed academically, continue their education, and achieve their career goals.

Kathi holds a Bachelor of Science degree in business education from the University of Utah. She is a member of their National Advisory Council and was named to the presidential search committee for President Ruth V. Watkins. She is a former member of the Crimson Club Board of Directors and the President’s Club Committee, and she was awarded an Alumni Association Merit of Honor Award in 2005.

Kathi is also a committee member of Envision Utah, which focuses on improving education in the state. For her work in the community, she was recognized with the People of Vision Award by Friends for Sight and was made a U.S. Army Reserve Ambassador and Honorary Two‐Star General. 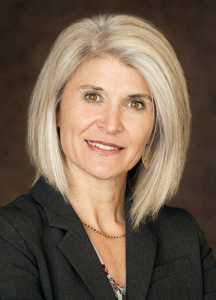 As Vice President of Philanthropy and Community Impact at dōTERRA International, Missy guides one of the world’s most active corporate-philanthropy operations with a mission to empower people and communities worldwide to make positive and sustainable change while building self-sufficiency. Over the past three decades, Missy has become recognized as a collaborative leader known for her results-focused work. Her passion is connecting resources for community-building initiatives. Missy is the founder of Intrepid Communications, the co-founder of the Utah Refugee Connection (previously Coalition), founding chair of SafeUT, and serves on numerous boards as a volunteer. Prior to dōTERRA, she served as Chief of Staff to Utah Attorney General Sean Reyes where she led many initiatives, trainings, and task forces in a wide range of issues including anti-human trafficking, anti-crime, safe schools, and diversity. Missy and her husband, Sam, are the parents of four children. 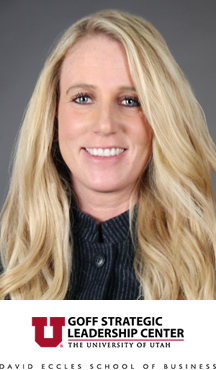 Dr. Herrick is a Professor of Entrepreneurship and Strategy at the University of Utah. Prior to academia, she worked as a consultant in San Francisco where she specialized in intellectual property cases for some of the leading tech firms in Silicon Valley. She consults and acts as an advisor to various corporations on a number of strategic matters including decision making under uncertainty and strategic leadership.

Heidi’s recent research and consulting work focuses primarily on strategic leadership, enrollment of key stakeholders, innovation, economic development, and operating under conditions of uncertainty. Dr. Herrick works with the Goff Strategic Leadership Center and Lassonde Entrepreneurial Institute to develop the future leaders of tomorrow. She also volunteers with local women refugee entrepreneurs who have recently relocated to Utah. She has spoken at various programs and events around the world and been profiled in Pink, a leading women’s business magazine.

Heidi has published in the Strategic Entrepreneurship Journal and the Journal of International Business Policy. She earned her Ph.D. in Entrepreneurship and Strategy from the University of Utah, an M.B.A. from Oxford University where she was awarded a prestigious fellowship with the University’s technology transfer department and helped to develop and commercialize leading-edge technology developed within the university, and she has a B.S. with Honors in Finance from Brigham Young University. 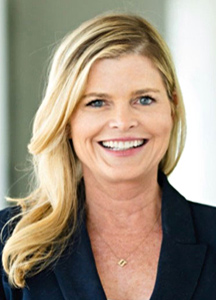 As Workfront, an Adobe Company’s SVP of People and Culture, Laura Butler is responsible for creating and reinforcing a contagious culture that thrives on getting work done and doing it right. She’s built an exceptional team who are focused on attracting, developing and retaining great talent.

Laura has spent that last two decades shaping global talent strategies for Fortune 500 corporations as an executive with Ceridian, TeleTech, Taleo, Oracle, and PG&E. She is passionate about the role that Workfront plays in modern work management as a driver of an engaged and productive employee experiences.
Laura has been recognized for her thought leadership around workforce development and diversity and inclusion. She is also a regular author and speaker on a variety of people related topics, including how Workfront responded to the pandemic. In addition to her role at Workfront, she sits on the board of directors for Workforce Software.

In Laura’s free time, she enjoys spending time with her husband and two adult children, concerts, travel, dining out, but as those are currently limited, she has taken up paint by numbers, Peloton, and Netflix binging. 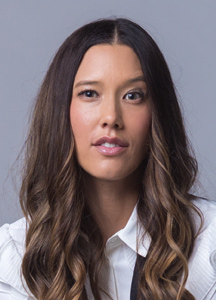 Lianna Kinard is the Vice President of Marketing for the Buckner Company. In her role, she manages the firm’s brand communications and marketing strategy for seven offices. Lianna earned a B.A. in Marketing from the David Eccles School of Business at the University of Utah and is graduating with her Master’s Degree in General Management from Harvard University this May. She serves on the Board of Trustees for Hale Centre Theatre and the Vice Chair for Utah Polynesian Professionals. She was recently named by Utah Business Magazine as one of the Women of the Year. She has also been honored as a David Eccles School of Business Rising Star, Utah Business Magazine’s Marketing Person of the Year and Insurance Business America’s Elite Women in Insurance. 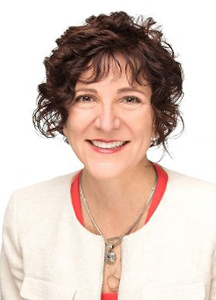 Rebecca Dutson is president and CEO of The Children’s Center—where hope and healing happen.

As CEO, Rebecca combines her personal passion for changing lives and building strong community with more than 25 years of local and national nonprofit leadership. She drives the organization’s vision, mission, and strategy. She inspires and leads her team of more than 85 dedicated employees to provide life-changing mental and behavioral health services to more than 1,800 children and their families each year. The organization is unique—one of a handful providing similar services throughout the U.S.

Rebecca is recognized for her business acumen and innovative style, receiving the initial distinction from Utah Business as one of Utah’s Rising Stars—Forty Under 40, and then 30 Women to Watch. Building a strong organizational culture is key to her success in creating high-performing teams and breaking through the status quo. As a member of Salt Lake Chamber Board of Governors, she recently chaired the annual Women & Business Conference.

Rebecca received her B.S. in Marketing from the University of Utah David Eccles School of Business. She and her husband, Rulon, enjoy two wonderful daughters, Madison and Morgan. The family adores Benson, their beloved Goldendoodle. Rebecca is an accomplished violinist and pianist. She loves to exercise in the beautiful outdoors.

Digital Ticketholders will receive a link to the online expervience via email.

Register for a digital ticket to Elevate U: Women's Symposium


Register for an in-person ticket to Elevate U: Women's Symposium

There are no reviews yet.

Only logged in customers who have purchased this product may leave a review.